Blog about my Java/JavaEE experiences

🐚 Install all your Atom packages 📦 from a file

Every time I have to set up a new computer, I have to remember the Atom packages that I was using before and start installing them one by one.

Recently, I discovered that Atom comes with the Atom Package Manager or apm that allows you to install Atom Packages from the terminal:

Retrofit is pluggable allowing different serialization formats and their libraries to be used for converting Java types to their HTTP representation and parsing HTTP entities back into Java types.

These are called converters, and Retrofit includes a few first-party modules for popular frameworks

Just for fun, I created a Retrofit2 Converter.Factory for JakartaEE Json-B.

After a long day trying to figure out how to reset all my IntelliJ settings, I decided to write this to document the obvious solution that was not that obvious to me.

I was using the 🔥 JetBrains Toolbox App 🔥 for a while to manage my IntelliJ Idea Ultimate installation along with other tools like Rider, WebStorm, and the Early Access Preview for IntelliJ Community Edition. 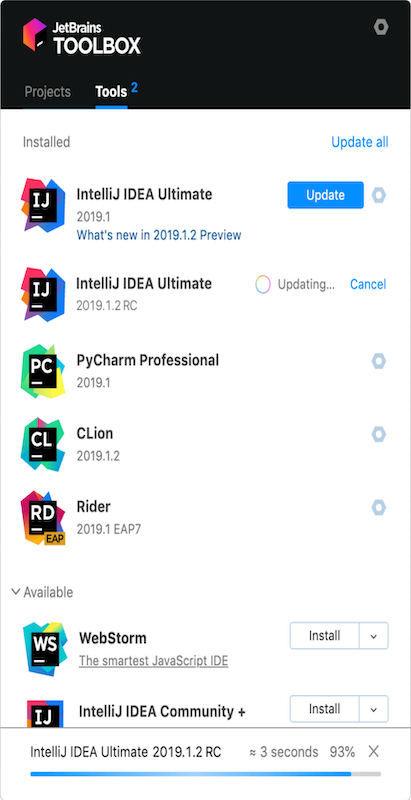 After several installations and reinstallations of IDEs and different Java/JDK versions (8, 9, 11, 14), the IDE was not able to import my maven projects. The IntelliJ IDEA was acting as a simple text editor at this time 😟.

In the previous article about Java 14 Records, we saw how to start creating Records to avoid writing much boilerplate code that the compiler would generate for us.

Now the next steps are to see how we can serialize records to JSON and deserialize JSON to records to be able to use them as a request/response representation for microservices.

In this case, we would use the JSON-B specification used by JakartaEE and MicroProfile implementations like GlashFish, TomEE, Wildfly, OpenLiberty, and Quarkus.

Record is a new kind of type declaration in the Java language. Like an enum, a record is a restricted form of class. It declares its representation and commits to an API that matches that representation. Records give up a freedom that classes usually enjoy: the ability to decouple API from representation. In return, records gain a significant degree of concision.